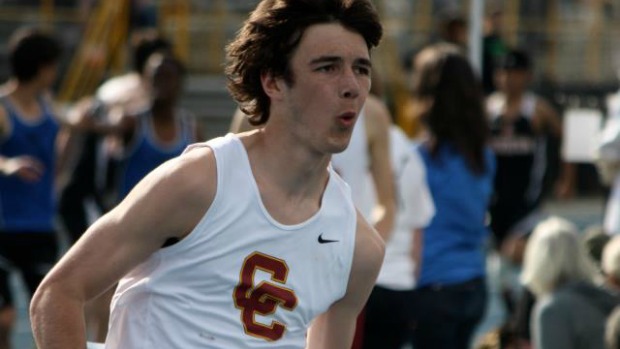 The Brooks PR Invitational brings together the nations top track and field athletes from across the country to compete at the Dempsey Center in Seattle, Washington, one of the fastest indoor tracks in the nation. The meet consists of seven events the 60 meter dash, 60 meter hurdles, 400 meter dash, 800 meter run, one mile run, and two mile run. Oregon will send two runners in distance standouts Paige Rice and Jean Baptiste Tooley who will both run the mile. Let's take an in-depth look at Jean Baptiste Tooley, sophomore from Central Catholic High School in Portland. 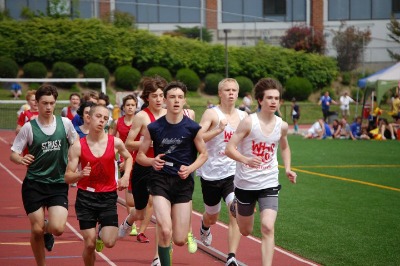 Jean Baptiste Tooley realizes he is virtually an unknown in this meet and he is fine with that. Tooley, is a sophomore at Central Catholic High School, the same school that produced one of the best runners Oregon has seen, distance star, Galen Rupp. Tooley, has put up some very fast times, but mostly as an eighth grader or in very small meets across Oregon.He posted the fastest time in the country for a freshman at 1500 meters when he clocked a time of 4:01.38. A week earlier he set a personal best in the 800 at the Centennial Invitational with a 1:57.33. During his sophomore cross country season this past fall, finished 15th at the OSAA State Championships in a personal best of 16:25.00 for 5000 meters. His team won the state meet, but didn't do as well as expected at the Nike Northwest Regional. He says that fueled himself as well as the rest of the guys to pick up the intensity in the off season to be ready for the track and field season.

"This year in cross country our team did well at state but ran terribly at reigonals. After that, we decided to pick up the pace of our normal runs; I feel like that has helped a ton. Our team is super deep so its nice training with a big group of guys; we push eachother to make us better.

When looking over the entrants for the 2013 Brooks PR Invitaitonal, Tooley sticks out. He is the youngest of the whole group. The only sophomore in any boys race. In a mile event, that features some of the top distance runners in the nation, national champions from New Balance Outdoor, Nike Nationals, numerous state champions, the Oregon youngster doesn't have those credentials. He says he is excited to run with some of those super fast guys and just get the chance to go to Seattle.

Getting To Know Jean Baptiste 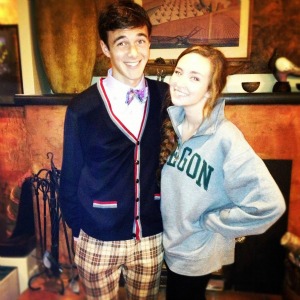 What music do you listen to before races?
I forget to bring headphones to my races so I never really listen to music.

If you were stranded on an island with three things what would they be?
I'd mostly like a boat, a satalite phone, and pop tarts.  I sort of love pop tarts. They are my one craving and honestly they are the perfect pre run food because since there is nothing to them  so they dont give you side aches!

What are some non-running related things people don't know about you?
I dont think anyone besides my team knows who I am, so I dont know what other people think.  I mean most likely that Im a stud muffin, but that's probably just in my head.