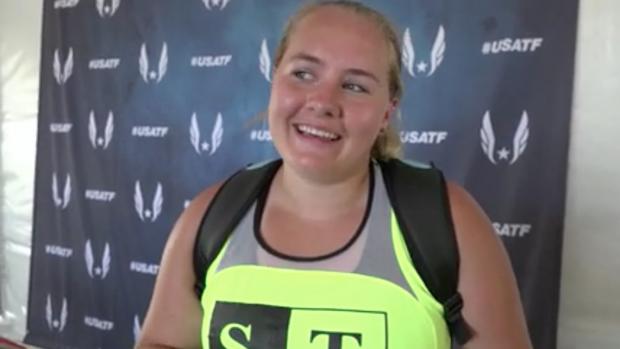 Maddie Rabing has been named the Gatorade Girls Track and Field Player of the Year for the state of Oregon. The Lakeridge Junior has had a great year in the throws, throwing U.S. No. 16 on the year in the shot put with her 47-10 PR.

Maddie also had a great season in the shot put. She captured the Oregon 6A state title as well as the victory at the Oregon State Track and Field Championships. At the 6A-4 Three Rivers District meet, Rabing took the victory with her U.S. No. 16 PR throw of 47-10. She went on to compete at the USATF Jr. National Championships where she finished 19th.