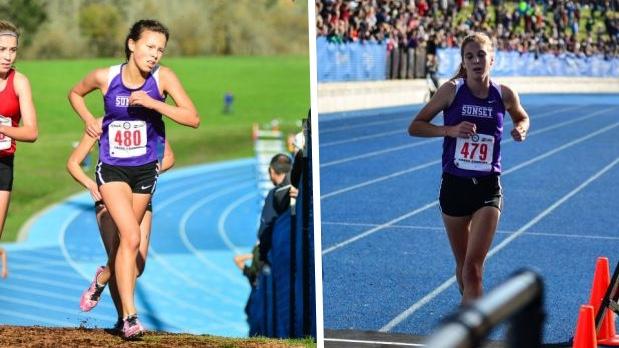 The Sunset High School cross country program is one of the top programs in the state of Oregon when it comes to the success of both its boys and girls squads. Last year, both the boys team and the girls team finished second at the 6A state championships, with the girls squad losing by only ONE point to South Eugene and the boys finishing 55 points behind Central Catholic. Both teams are motivated to get back onto the podium this year.

The good news for the boys squad this year is that Central Catholic graduated their top three runners from last years state champion team, leaving to state title open for other teams to chase. However, Sunset also graduated four of their varsity runners from last season and will have some shoes to fill to get back to where they were. Coming into this season, the boys are ranked 9th in the state, led by junior Andy Muha, who finished 23rd at state last year.

The girls squad can still feel the narrow defeat from last years state championships and are hungry to capture that state title this season. And they look poised to do just that. They only graduated one varsity runner, their seventh girl Kendall Butz, and have three senior girls with the experience and leadership to get them where they need to be at the end of the season. The Sunset girls are the top ranked team in the state of Oregon coming into this season. This team could do some great things this season, thats all I'm going to say for now.

I caught up with the Sunset coach, Dan Neeway, to talk about his program heading into this season.

How has summer training been going for your team? What do you focus on during the summer months?

I've been blessed to have a committed group of runners putting in summer miles for the past several years. This summer is no different. All of our top runners put in their base. We have mileage club shirts. They read: "I ran 300 miles this summer and all my coach got me was this lousy t-shirt". Some say 400. Others 500, 600 or 700. I'm giving out 43 of them.

Who have you been most impressed or surprised with their improvement and/or fitness from their summer training?

No one in particular. They are all fit. All the principal players come into the season in great shape.

What will be the biggest obstacle or challenge facing your team this season?

The biggest challenge for both teams are the other great teams in the state and our league. We have to show up ready to go for every league meet if we want to defend our league titles. No one is going to just give it to us. I like that about the Metro League.

Who are your team captains or leaders and what stands out about them as examples for the rest of their teammates?

We decided to go without captains this fall. We have a plethora of senior examples and didn't want to have to deal with any of the politics that come with the posturing for the captain position. It might have been the best thing we've ever done as a team. The seniors are focused on each other and on their teammates. It's a very healthy atmosphere and, as coaches, we have more than a dozen model examples to point to for the rookies and underclassmen to follow.

What will be the biggest reason why your team is successful this season?

They consistently work hard throughout the year. They started training for this XC season last November.

What are some staple workouts your team does during the season?

What are your top 3 goals for this year's squad?

Metro League Champions. We know if we can compete there, we can compete with anyone else at the state level. The girls want to avenge last year's defeat at state. The boys hope to bring home another trophy.

Any impact freshmen or transfers to join the team this season?

We have a senior boy who ran with us this spring who moved from Japan in March named Tomoya Karaki. We're not sure where he'll fit in the pecking order but he has a great attitude and his efforts at learning English and American customs leave us routinely in stitches (like when we explained what "dude" means). Ethan Reese is a freshman who can run every workout with anyone on the team. He is a born leader and a great kid... On the girls side, we add a transfer from Montana named Elizabeth Thompson. She is a middle distance runner who is fitting in well with our large varsity girls group. We also have two freshmen: Ember Stratton and Grace Beal. Ember will be one of the state's top runners. Grace is a favorite because she is tough as nails and gives her all in every workout.

Want to have your team featured as a team to look out for this season? Send me an email at runjwill97@gmail.com and we will make it happen!