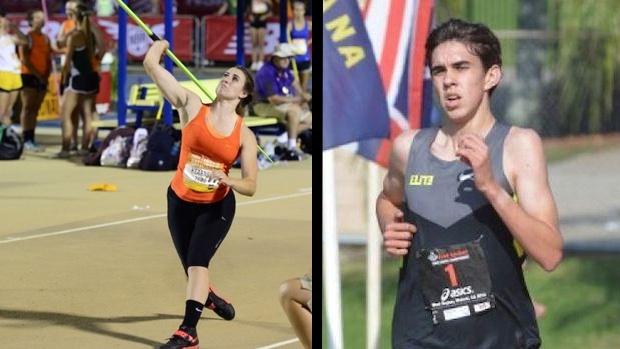 Earlier today, USATF announced the final list of athletes who will represent the U.S. at the Pan Am Games in Edmonton from July 31st - August 2nd. Two Oregon athletes will compete for Team USA at the end of the month, Matthew Maton from Summit and Gabrielle Kearney from Roseburg. Maton will run the 5K and Kearney will throw the Javelin.

Gabrielle has had a great year throwing the javelin as she went undefeated in "regular season" competition. She captured the Oregon 6A state title in the javelin and took the victory at the Oregon State Track and Field Championships. Kearney took her first loss of the season at New Balance Nationals Outdoors where she finished third. However, she bounced back to take the win at USATF Jr. Nationals throwing over 160 feet for the first time on the year. Gabrielle is looking good heading into the Pan Am Games. Last week she competed at the Chicagoland Throwers Series and finished fourth, throwing a seasons best and U.S. No. 4 mark of 162-9. She will have some momentum coming off of that performance.

Matthew has also had a notable season as he became the sixth high school athlete to break four minutes in the mile with his 3:59.38. This year has been an interesting one for Maton as he did not compete for his high school due to issues with the coaches. However that did not stop him from running fast times this track season. Matthew was dealing with an injury that kept him from running at the Adidas Dream Mile, but the injury did not seem to bother him at USATF Jr. Nationals. With time to recover after Jr's and ensure that he is over his injuries, Maton will be a big contender in that 5K at the Pan Am Games.