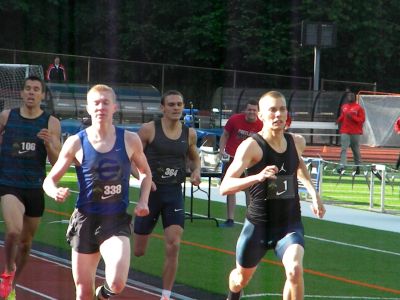 Tanner Sork comes from behind

The 2012 edition of the Portland Track Festival was blessed by pleasant temperatures and even an absence of rain, which made conditions for athletes and fans quite reasonable.   As always one of the nicest aspects of the PTF is that it offered something for everyone.   There were professional athletes, who are track house-hold names, collegians, prep athletes and even younger runners on hand participating in various levels of competition. 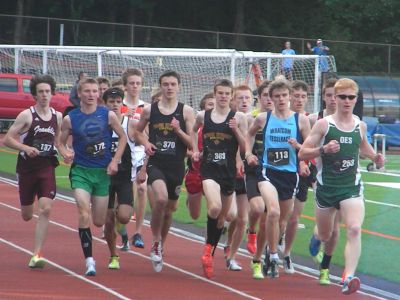 For those, who enjoy high school action, the Boys’ Mile was probably the high-light of the day and Nick Obletz of Oregon Episcopal School handled the pace-making duties by leading the group through an 800 meter split of 2:07, which included a first lap in 63.   Obletz continued an additional 200 meters, as he seemingly debated racing the entire way, before dutifully stepping off of the track, which left Patrick Gibson in control.   The Washington 2A champion at 1600 meters from Squalicum led the rest of the way by running a lap in 67 before pulling away with a final oval in 62+ for a final time of 4:17.01.  Kai Wilmot of North Central placed second in 4:20 ahead of a parade of runners, who were in close pursuit including Central Catholic’s Kyle Thompson, who ran 4:21.  Roman Kirkov of Union took fourth in 4:21.45 and John Dressel of Mt. Spokane was fifth in 4:23.  Alex Dillard of Dufor, the Oregon 3A 1500M champion, had an off day placing tenth in 4:25.

With four of the Northwest’s top female middle distance runners taking part in the Dream Mile in New York City (Alexa Efraimson, Amy-Eloise Neale, Paige Rice & Maddie Meyers) plus Katie Knight having mononucleosis it was decided to forego the usual high school girls’ mile sadly, so female preps were forced to compete against their elders.  Gracie Todd of Eugene had the best time with her mark of 4:44, while Gracie Tostenson of Crater followed in 5:03. 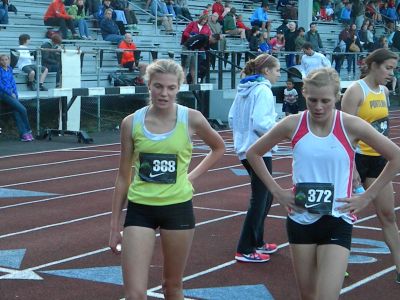 After his big victory at last weekend’s Oregon – Washington Border Duel there was much anticipation for Tanner Sork ’s appearance in the Open 800 Meters.    Tanner did not disappoint, as he backed up last week’s big race with a triumph in a swift 1:49.10 in the ‘hot’ heat.    Brett Willyard of Seaside ran in the second heat and was clocked in 1:52.60 and Will Drinkwater of Gig Harbor was timed in 1:54.94 in another heat.    Former Bellarmine Prep runner Brie Felnagle led most of the way in that race before placing second in 4:15 behind Kim Conley, who ran 4:12.

Daniel Thompson forged the pace during the first two laps of the Middle School Mile for boys with splits of 69 & 2:22 but Caleb Hoffman took charge in the later stages before winning in 4:45.  He did not threaten Idahoan Cody Curtis’ time of 4:34, which was set in 2008, but it was still a solid time.   Michael Dunne ran 4:447 to garner second and Luke Davis of Troutdale came in third with 4:55.  Miguel DeLaMelena was fourth with 4:57 and Kent Slaney ran 4:59.  Thompson finished sixth in 5:00.22.

Renee Metvier Bailee topped an all-star women’s 5K field with her 15:28 clocking, while Kelly Johnson (15:31) & Tara Erdman (15:33) was third in front of a fine supporting cast that included Angela Bizzarri, Kate McGregor & Carrie Tollefson.    The male contingent was also a stellar one with Dathan Ritzenhein leading the way with 13:19.  Aaron Braun (13:20) & David McNeill (13:21) secured the next two places.   As noted there was much to watch from Master’s competitors to tiny Tierra Crockrell, who is an age-group World champion but it also allowed fans to see home-grown products like Ian Dobson & Ryan Vail, who have moved on to compete at the national scene. 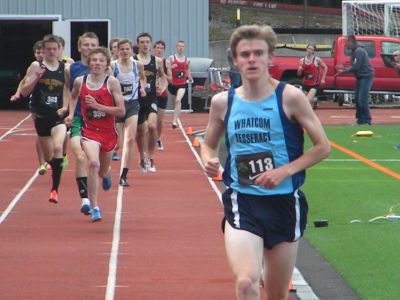